We've compiled some important statistics and stories about homelessness. It's hard to get reliable numbers, but it's important to try, because homelessness is so much more common than people realize. There is a stereotype of homeless people as drug addicts and criminals, and that stereotype keeps people from asking for help when they need it. Homelessness has many faces in America, and it's time to get educated and understand that A) you're not a failure just because you lost your home and B) your community will welcome you and stand by you in your time of need. If you need help, find out more about what Family Promise can do for you!

HOMELESSNESS BY THE NUMBERS

Our national headquarters put together a nifty infographic breaking down the U.S. Health Human Services Department's findings and projections on childhood homelessness, state by state. If you notice, Montana is projected to have 1 homeless child out of every 16-25 children. And those numbers are based on the number of homeless children under the age of 6 reported by the U.S. Census and other sources. The odds are good that there are more who go unreported. 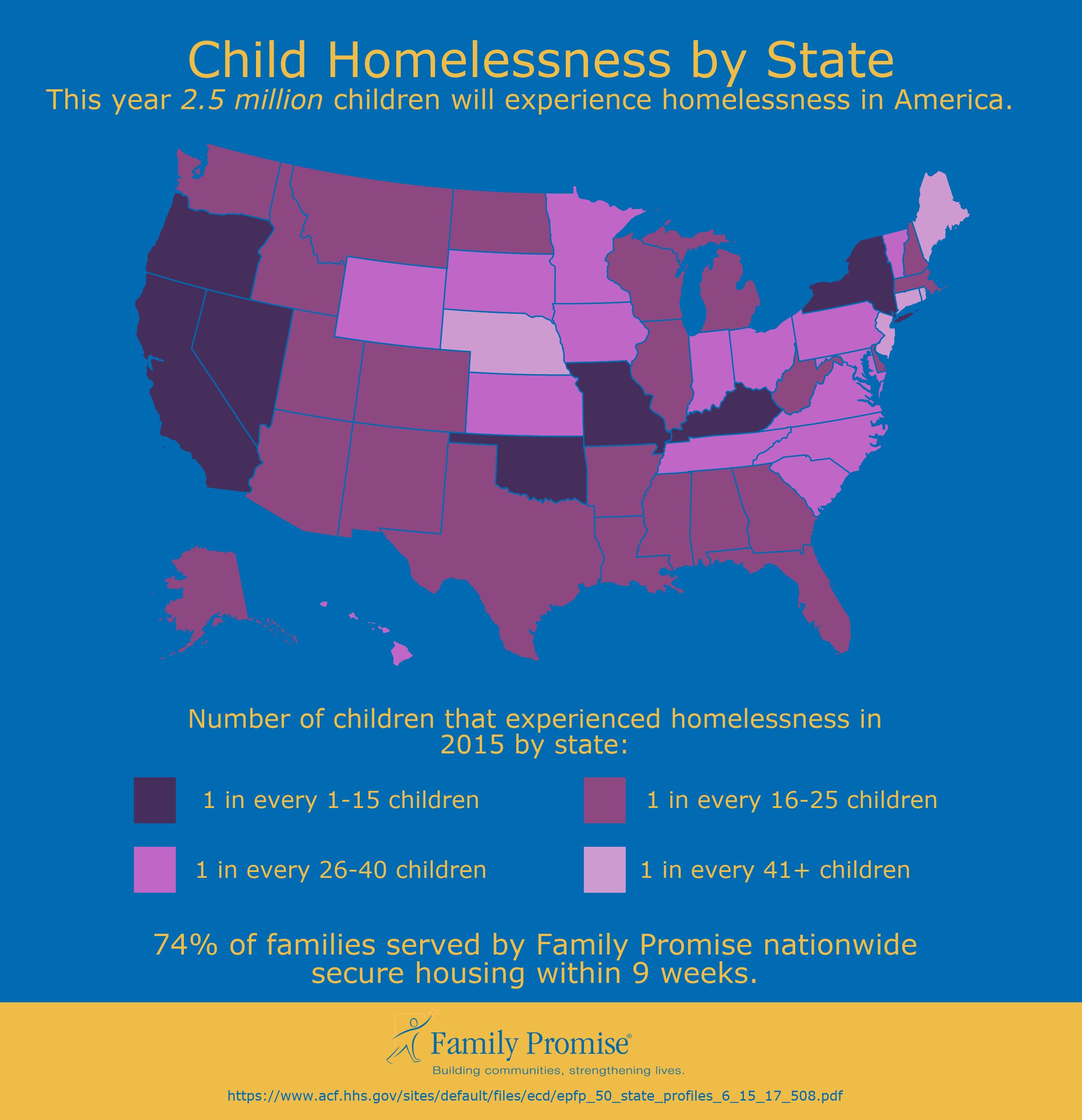 AFFORDABLE HOUSING BY THE NUMBERS 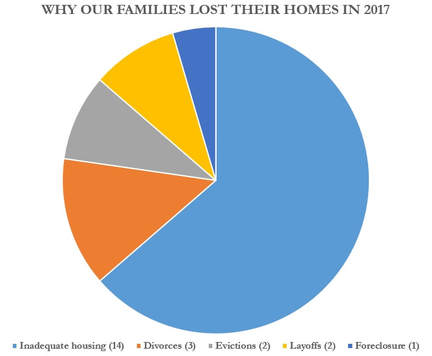 We pulled this chart from our 2017 annual report. In one year alone, out of 22 homeless families who entered our program, 63% of them came to us because the price of available housing was simply too expensive.

Because of the social stigma attached to homelessness, it's difficult to get an accurate number of how many families total in Great Falls and America A) have lost their homes, B) are about to lose them, C) are just one catastrophe or missing paycheck away from being in danger of losing their homes.

Would you  tell a stranger with a clipboard that you can't afford to keep a roof over your family's head?

What we do know is that, according to the NLIHC, the state of Montana had an average of 44 affordable homes available for every 100 households with A) an income at/below the Poverty Guideline or B) an income 30% or less of the average annual income.

We also know that, according to Family Promise headquarters...

POVERTY BY THE NUMBERS

Homelessness isn't just a result of poverty; it's an integral symptom. In Great Falls, according to the U.S. Census, the poverty rate was 16.1%, the average monthly rent was $642, and the average annual household income was $43,497 in 2016.

According to Family Promise headquarters...

EDUCATION BY THE NUMBERS

"There are about 165 homeless students currently in the Great Falls Public Schools district, according to Lee Houle, who hears their stories every day.
'I knew a kid that was riding a skateboard from Sun Prairie every day,' said Houle. 'Some have been sleeping on air mattresses for a couple of years. And they still are dressed nice and they go to school and they're ready for the day, getting good grades and you wouldn't know it.'" (KRTV, "Number of homeless students could be rising", 2016)
Succeeding in school is no small feat. It's harder when you're homeless. Oftentimes, that also means you're hungry. The American Federation of Teachers reported in 2018 that, "According to the National Center for Children in Poverty, [...] By the time children living in poverty are four years old, they lag 18 months behind what is “normal” cognitive development for their age group. By third grade, their vocabulary is one-third that of their middle-income peers: about 4,000 words to their peers’ 12,000."

The Journal of School Health published a study in 2009 that tried to get some solid data on the relationship between homeless students, and school hunger, based on a sample taken from the 2005 Massachusetts Youth Risk Behavior study. You can see the difference between responses in that survery between homeless and non-homeless students. That may be based on data from the East Coast over a decade ago, but it reinforces that access to food is difficult when you're struggling to find a permanent place to live in the first place. 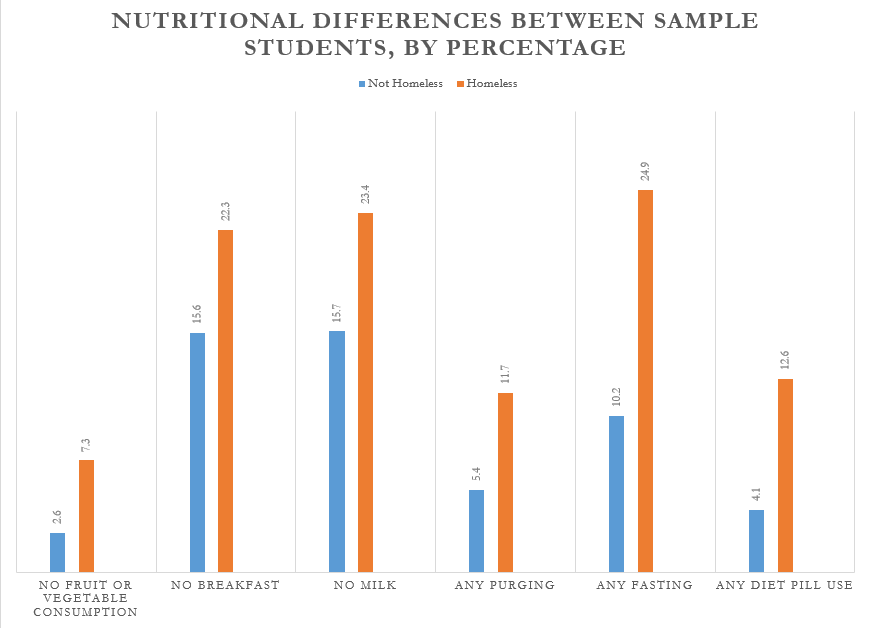 Child Poverty Action Group
2018 Our Kids, Our Future report with data and recommendations from 20+ papers

​Data USA
About their project to visualize data from multiple government agencies concerning communities and populations
Their most current data about Great Falls, MT
Powered by

Create your own unique website with customizable templates.
Family Promise of Great Falls